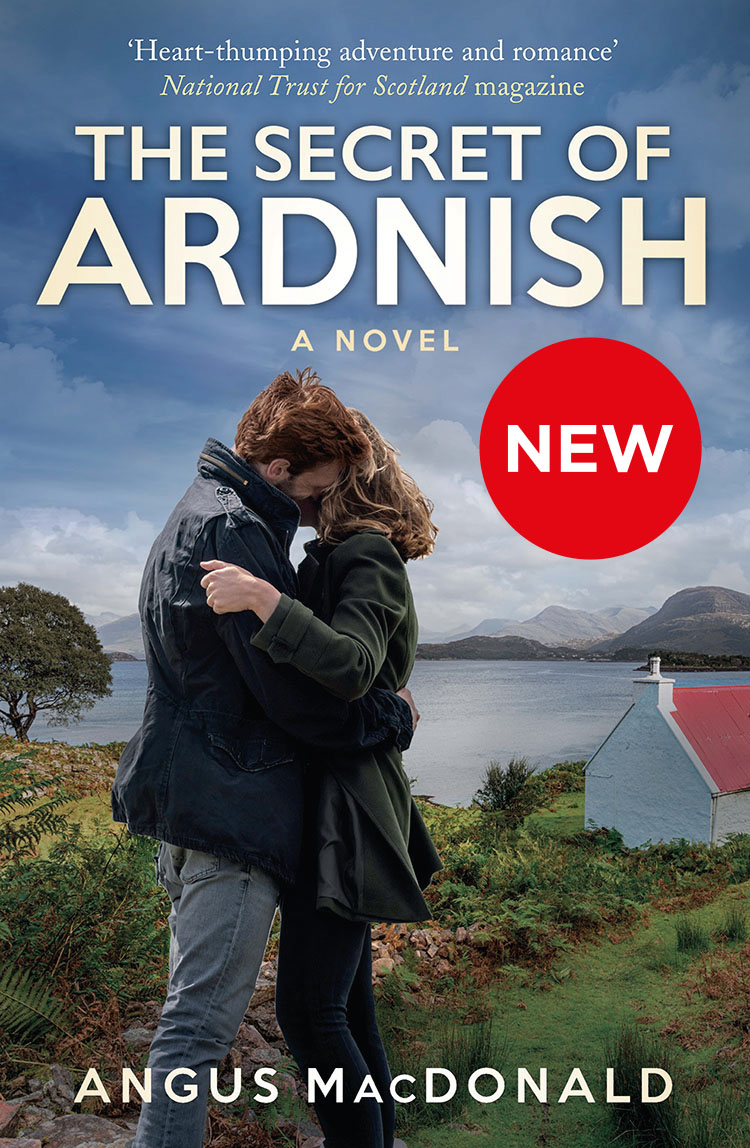 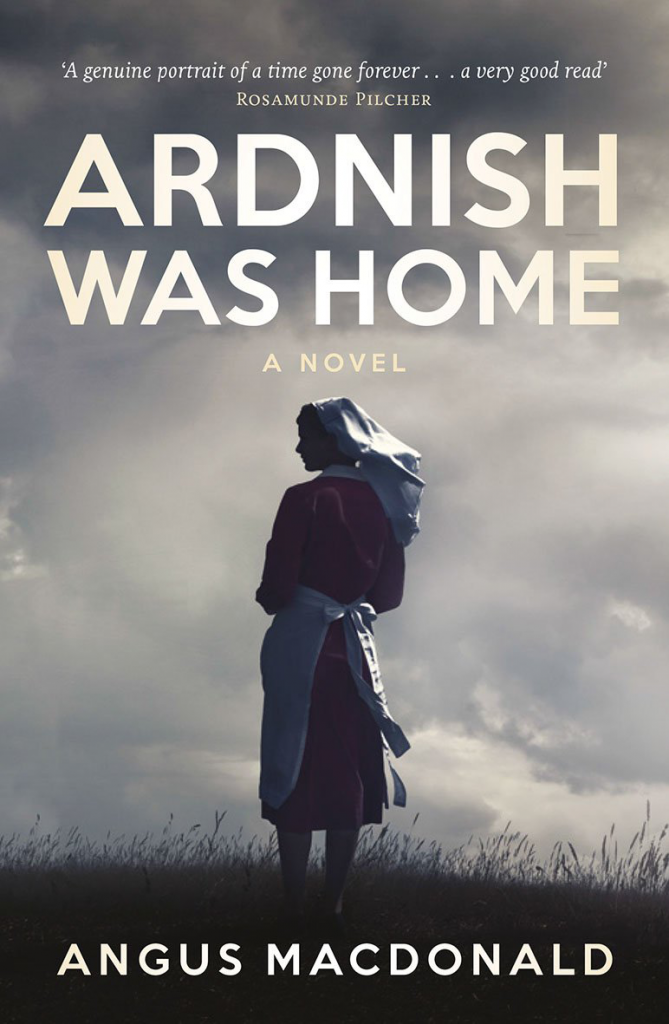 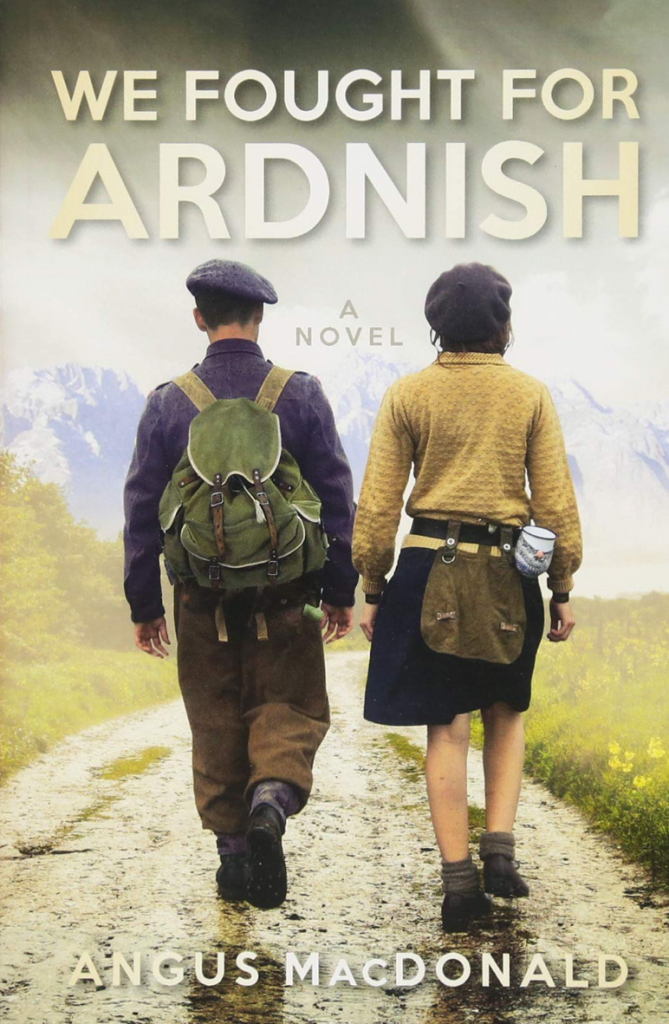 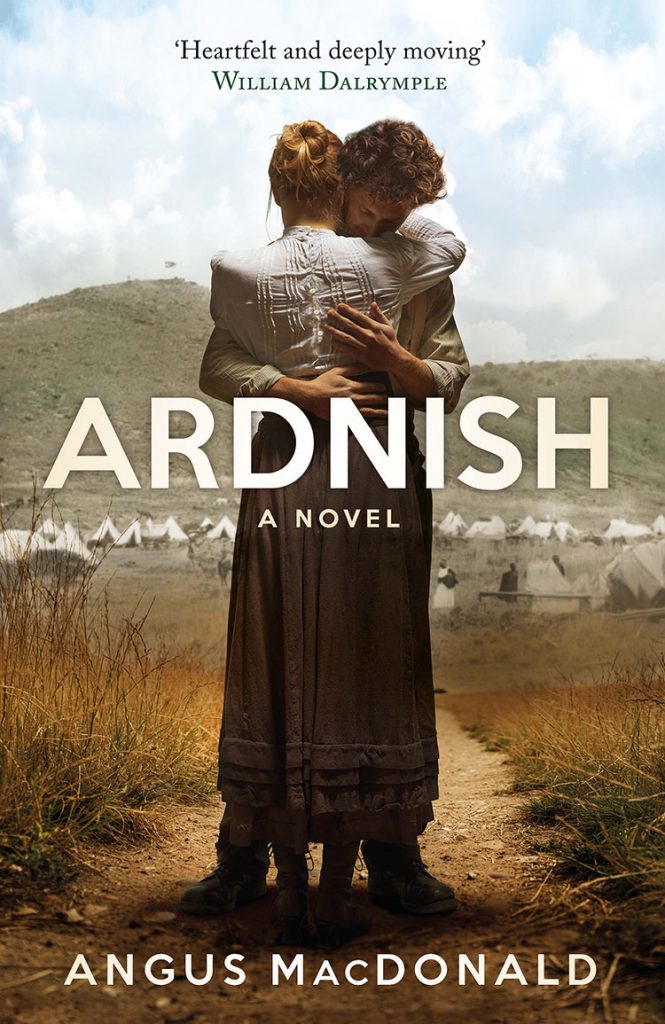 Available at all good book shops

Based on the beautiful Ardnish peninsula in the West Highlands of Scotland, Angus MacDonald’s novels span generations of the Gillies family, natives of a remote crofting township, from the late 1800s to present times.

Ardnish Was Home, We Fought For Ardnish, Ardnish (a prequel) and the latest book The Secret of Ardnish are rich in historic and cultural references which provide vivid portraits of the families who once breathed life into the peninsula. Enduring love and human spirit are starkly contrasted by wartime horror, daring escapades and adventure which propel the reader through each story, authenticated with thorough research and accurate detail.

‘If ever there was a story ready-made for the big screen, the Ardnish trilogy is it: an unforgettable case, heart-thumping adventure and romance, but above all a backdrop of spell-binding beauty.’
National Trust for Scotland Magazine

‘From the blazing heat of South Africa to the wild waters of the West Coast of Scotland, MacDonald guides the reader through vivid landscapes, capturing the very essence of each location. MacDonald’s love of Scotland is infectious… heartfelt.’
Scottish Field

‘Firmly rooted in finely researched historical detail, with a dose of MacDonald family lore thrown in for good measure. His novels are a rich tapestry depicting Highland life and the horrors of war.’
Sunday Post

‘A heart-felt, ingeniously plotted and wonderfully resonant novel that sweeps the reader from the smokey peat fires of the West Highlands to the baking sun of the South African veldt at the height of the Boer War. Alive with the rhythms of Highland speech and animated by a deep love and understanding of Highland ways and Highland mores, it’s a deeply moving reminder of the global reach of the Gaels and the impact they’ve had on world history.’
William Dalrymple

‘There is something admirable about a book that seeks to tell the story of a good man’s life lived across two worlds now gone; and that does so with so much energy, knowledge and love for the men of that time and place, whose memory MacDonald strives to keep alive.’
Yorkshire Post

‘Opens a window on two worlds, shining a light on the experiences of Highland regiments in the Boer War while commemorating tradition Highland culture, evoking both of them vividly in well-crafter, deceptively simple prose.’
The Herald

‘Though Angus MacDonald’s latest novel is a sequel to his first – Ardnish Was Home – this story could well be read alone. MacDonald is a great storyteller and the passion of his characters surely mirrors his own boundless enthusiasm for life.

Donald Angus Gillies, like his father and grandfather before him, joins the Lovat Scouts and is sent to face the horrors of the Second World War in a remote area of the French Alps. He is a likeable fellow, undaunted despite horrendous challenges and extreme diversity. He finds himself immersed in the kind of misery faced by many soldiers during this time, but on meeting Françoise, a young French-Canadian Special Operations Executive, a bond forms. Donald Angus is mesmerised by her, and long after she has departed on a terrifying solo mission, is unable to stop thinking of her. Being in love in such a situation will be a big price to pay, especially when he learns she is seriously injured.

Though the story sets a swift pace with numerous harrowing incidents based on the realities of the period, the reader is kept well hefted to home as the narrative drifts back to the tiny crofting community on the Ardnish Peninsula in wild Lochaber. These are the things Donald Angus believes worth fighting for; the hills and the glens, the way of life with its strong sense of Highland community, the true love of home.

However it will be some time before Donald Angus returns to his beloved Ardnish, if ever, and the superhuman tests continue.

The book is punctuated with poignant descriptions of people and places, and the author brings different voices to the narrative – despite being ripped apart, the depictions of France and then Canada are vivid. However, it is those of the West Highlands that truly bring the book alive.

We Fought For Ardnish is not only a gripping and at times horrifying adventure, a romantic story set during a terrifying war; it is also an important piece of social history. But perhaps, above all, it is a tale of the importance of true love and determination.’
The Scots Magazine

‘This latest work from MacDonald is an intense and bittersweet love story set during the Second World War… portrays a fascinating picture of life during the war, and the descriptions of travel from Ardnish to Canada and the Italian front combine to make this a compelling and engaging story.’
Scottish Field

‘A marvellous adventure… this novel takes the reader from the dizzying heights of the Alps, to the blustery sea coast of Cape Breton, and of course, to the west coast of Scotland. Above all this book is an excellent reflection of a love of one’s home and heritage… simply put, it was a page turner, and rather difficult to put down.’
The Oban Times

‘Impresses right from the start… it is hard to put the book down for it is compelling reading. A captivating novel, which incorporates so much of the beautiful Highland scene and its people, along side the horrors and destructions of a war torn world. A moving and powerful element is the author’s sincerity shines which through the whole book… an inspiring read!’
The Braes

‘This was gifted to me by a very dear friend and a recommended by another, and I thoroughly enjoyed this debut novel by Scotsman Angus MacDonald.

I’m always impressed with first time authors who aren’t writers to per se, and by that I mean it as a huge compliment. It takes a lot of time, creativity, commitment, patience and talent to write a good novel – I know several accomplished, award-winning journalist and TV friends whom are still finishing their first novel after having been 10 – 15 years in the making. So I doff my cap to Angus MacDonald, he wasn’t a writer but has written a very enjoyable read.

Our main protaganist is hugely proud of his ancestry, is attached strongly to his beloved family and often dreams of home whilst caught in the terror of war. He ends up in a field hospital, desperately wounded, and is cared for by a young Welsh nurse named Louise. Their stories unfold and the drama alternates back and forth as they journey through the toils and pain of war, injury and love.

What I really enjoyed about this book was it’s beauty, an enthralling read that is both brutal and poetic.’
Daily Record Bookclub

‘Extraordinary. Far more than another wartime love affair. I closed the book with the strong feeling of the importance of kin shire, the need to nurture one another, and the power of love. It will enter your soul.’
The Scots Magazine

‘A fast-paced narrative with deeply likeable characters … far more than yet another wartime love story… impossible to put down.’
Scottish Field

‘This is a book that is truly enthralling – brutal, poetic, unjust but beautiful… A beautiful yet tragic tale, set in the First World War, Ardnish Was Home kept me captivated throughout and left wanting more at the end. It delivers everything the title implies about family and community in the Scottish Highlands and illustrates that love can be found in the most desperate of circumstances.’
The Bookbag

‘Burns with love for his country… MacDonald’s plain, easy-going style takes on a natural engaging momentum.’
The National

‘A tragic tale, captivating and a good read.’
Press and Journal

‘Striking, charming, page-turning novel about love in the ruins of the first world war.’
Piping Times

Read more about the books